The report, Antarctic Penguins and Climate Change, shows that the four populations of penguins that breed on the Antarctic continent are under escalating pressure. For some, global warming is taking away precious ground on which penguins raise their young. For others, food has become increasingly scarce because of warming in conjunction with overfishing.

"The Antarctic penguins already have a long march behind them," says Anna Reynolds, Deputy Director, WWF’s Global Climate Change Programme. "Now it seems these icons of the Antarctic will have to face an extremely tough battle to adapt to the unprecedented rate of climate change."

The Antarctic Peninsula is warming five times faster than the average rate of global warming. The vast Southern Ocean has warmed all the way down to a depth of 3,000m.

Sea ice – ice that forms from sea water – covers 40 per cent less area than it did 26 years ago off the West Antarctic Peninsula. This decrease led to reduced numbers of krill, the main source of food for Chinstrap Penguins. The number of Chinstraps decreased by as much as 30 to 66 percent in some colonies, as less food made it more difficult for the young to survive. It’s the same story for Gentoo Penguins, who are increasingly dependent on the declining krill stocks as overfishing kills off their usual food sources.

The Emperor Penguin, the largest and most majestic penguin in the world, has seen some of its colonies halved in size over the past half century. Warmer winter temperatures and stronger winds mean that the penguins had to raise their chicks on increasingly thinner sea ice. For many years, sea ice has broken off early and many eggs and chicks have been blown away before they were ready to survive on their own.

In the northwestern coast of the Antarctic Peninsula, where warming has been the most dramatic, populations of Adelie Penguins have dropped by 65 percent over the past 25 years. Not only has food become scarcer with the disappearance of sea ice, but the Adelies’ warm-loving cousins the Gentoos and Chinstraps have also invaded the region.

Warmer temperatures mean that the atmosphere can hold more moisture, which in turn brings more snow. Scientists are worried for the Adelie Penguin, which needs land that is free of snow and ice to raise their young, is likely to lose out to its warm-loving cousins.

"The food web of Antarctica, and thus the survival of penguins and many other species, is bound up in the future of the sea ice," says James P. Leape, Director General, WWF International."After such a long march to Bali, Ministers must now commit to sharp reductions in carbon emissions for industrialized countries, to protect Antarctica and safeguard the health of the planet." 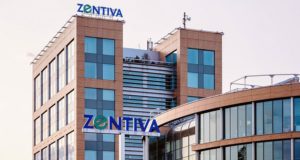 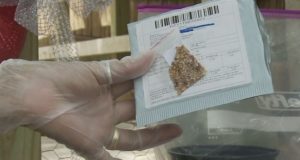 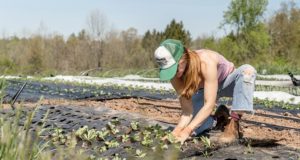