WASHINGTON- A Greenpeace investigation into hazardous materials in laptop computers shows that manufacturers have phased out use of some of the most toxic materials over the past year but still have a long way to go in eliminating others such as polyvinyl chloride (PVC), and brominated flame retardants (BFRs) and phthalates, Greenpeace said today. Greenpeace purchased 18 laptops representing six different brands
in 14 countries in Europe, North America, South America and Asia and sent them for analysis by an independent laboratory in Denmark and the Greenpeace Research Laboratories at Exeter University in the UK.

The analysis contained in the new report, “Toxic Chemicals in Computers – Reloaded,” shows bromine being present in over 40 percent of the components tested, at concentrations of up to 10 percent by weight. Of
the components tested, Sony laptops were found to have the lowest number containing bromine, while Dell laptops had the highest number. PVC was found in 44 percent of all plastic coating of internal wires and external cables that were tested. Phthalates were found in the power cables supplied with all laptops, with the highest levels in those of Acer and HP laptops.

“While levels of certain toxic chemicals in the laptop components tested do not exceed current European standards, other hazardous chemicals found in laptops are not yet covered by European regulations,” said Rick Hind, Legislative Director of the Greenpeace toxics campaign. “Greenpeace’s goal is for computer manufacturers to eliminate the use of toxic materials completely.”

The new report follows up on a similar Greenpeace investigation into toxics in laptops sold in Europe in 2006 before the introduction of European legislation on hazardous substances in electrical and electronic equipment, known as RoHS. With the implementation of RoHS, computer manufacturers have significantly reduced their use of lead, cadmium, mercury, hexavalent chromium and certain brominated flame
retardants. These changes have been implemented by all companies and not only for the European market.

“The results demonstrate that legislation in one region can have an influence even in countries where it does not yet apply. However, even where they do exist, current laws fail to regulate all hazardous chemicals in laptops or in other electrical equipment,” said Dr. Kevin Brigden, of the Greenpeace Research Laboratories, who oversaw the sampling analyses and produced the report. “Laws that aim to protect human health and the environment must ultimately address all hazardous substances,” he added.

The analysis shows that, for almost every component found to contain either bromine or plastic PVC, an equivalent component free of these chemicals can be found in another laptop. “By combining toxic-free
components already in use, this industry is clearly capable of producing a toxic-free laptop,” added Hind. “The only question is, which company will be the first.” 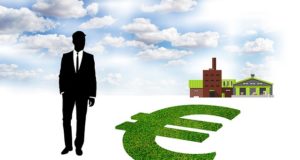 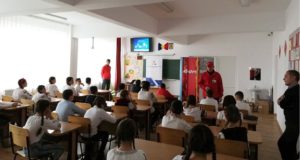 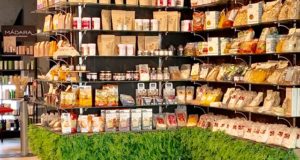