Naha, Okinawa, 26 September, 2007. The Greenpeace ship, MY Esperanza, and her crew arrived in Naha, Okinawa, today to join local people protesting the construction of two runways for the United States Marine
Corps based at Henoko, which threatens the home and feeding grounds of the last remaining 12 dugongs in Japan.

Greenpeace will also deliver more than 28,000 messages sent by people from across the world, who are gravely concerned about the fate of the dugong. The messages collected through a global online-action, which
started only 23 days ago, will be delivered to the Defence Ministry in Naha tomorrow, September 27 at 11:30AM, and also to the Ministry of Environment in Tokyo at 01:45PM.

Last month, the dugongs of Okinawa were placed on the highest grading of the Government’s ’Red List’ of endangered species, which asks for full and proper protection of species on the list. The current Environmental Impact Assessment (EIA) procedure for the runways does not reflect the urgency or care needed to protect the dugong; instead it would allow the dugongs’ habitat in Henoko and Oura Bay, a vitally
important marine environment, to be destroyed.

On September 3, Greenpeace Japan demanded that the Defence Ministry immediately withdraw the proposed EIA, as it does not follow the correct procedure, and is therefore illegal.

“We have received more messages than we expected despite of the short notice. The worldwide view of Japan’s conservation efforts is a poor one. The Japanese Government should be more sensitive about how to deal with endangered species,” stated Junichi Sato, Greenpeace Japan Oceans Project Manager, at the press conference onboard the Esperanza. “In order to protect endangered species like the dugong, the Henoko and
Ohura bay must be designated a Marine Reserve.”

This is the second visit of a Greenpeace ship to Okinawa in the bid to save the dugongs in Henoko; the Greenpeace flagship, the MY Rainbow Warrior first visited in March 2005. The MY Esperanza is the largest
ship of the Greenpeace fleet, and the ship and her crew are sailing the world building a network of marine reserves, which will protect species like the dugong.

The MY Esperanza will be open to the public on Saturday, September 29, and Sunday, September 30, at Naha port. On October 1, the ship will leave Naha to Nakagusuku Bay (Okinawa city). The Esperanza crew also
plan to meet with local people who are protesting the landfill project at Nakagusuku Bay and campaigning to protect the Awase wetland. Esperanza will stay in Henoko between October 1 and 4, to join the local people’s protest, On October the ship will return to Naha port, before departing to Korea on October 6.

Since September 23, the volunteers from Greenpeace in Germany, the USA and Japan have joined the Okinawa Reef-check & Research Group to carry out research on the coral reef in Henoko. 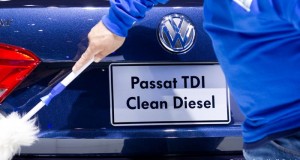 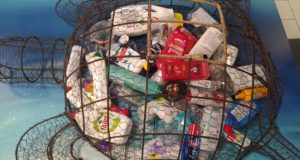